Our focus is on quality brands that offer craftsmanship and innovative experiences. 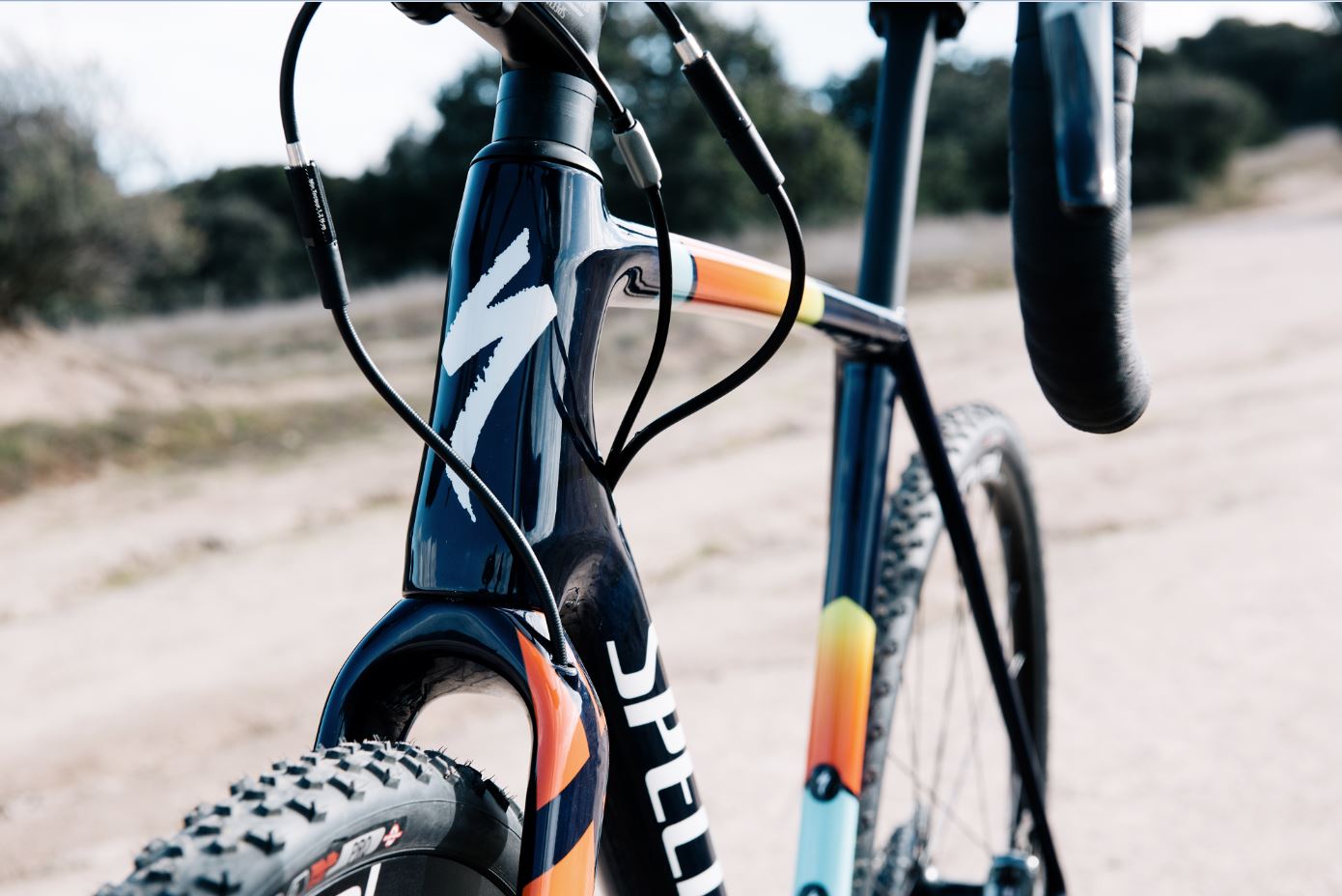 Specialized believes that bikes have the power to change lives. This simple truth drives them to be—and do—better. From the original Stumpjumper that kick-started the mountain bike revolution to its ultra-light carbon road and mountain bikes of today, Specialized continues to push the technology envelope to its max.

Specialized focuses on the science of perfection and every bike they make embodies this. No matter your motivation or discipline, you’ll benefit from their attention to detail and innovative spirit. From seasoned pros and weekend warriors, to kids and commuters—if you ride, we’ve got a Specialized bike for you in our shop. 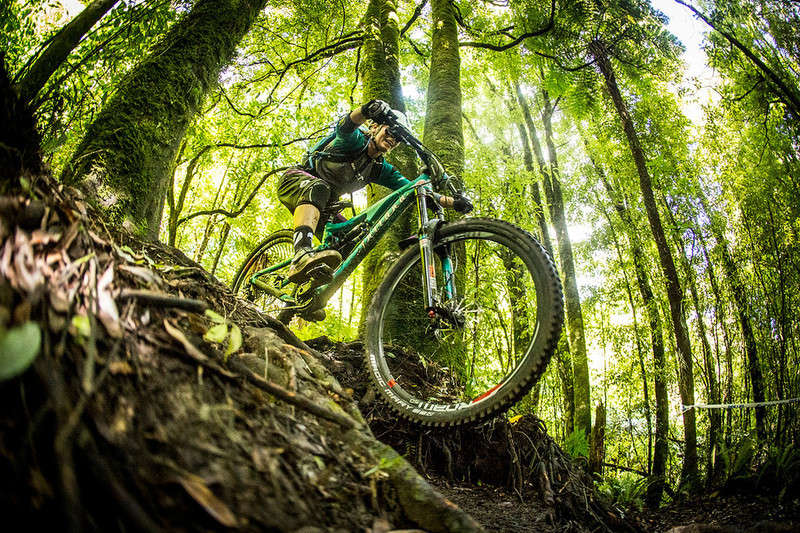 Santa Cruz Bicycles was founded in a space the size of a single car garage in the Seabright Cannery, in Santa Cruz, California. The year was 1994 and full-suspension bikes were far from the norm. Santa Cruz could see that this was an innovation whose time had come. And ever since they’ve tried to build bikes that allow riders to go further, faster, and higher, for longer.

Now with their sister brand Juliana, Santa Cruz manufactures a wide range of high-performance bicycles for true cycling enthusiasts. All bikes are available with a wide range of component and suspension options to choose from, each hand-assembled to order in their California factory.

Every bike is the distillation of the desire to build the highest quality bikes in the world. And for them that means bicycles and components that are reliable, durable, long-lasting, serviceable and backed with a guarantee that reinforces their belief that they’ve made the best possible product. 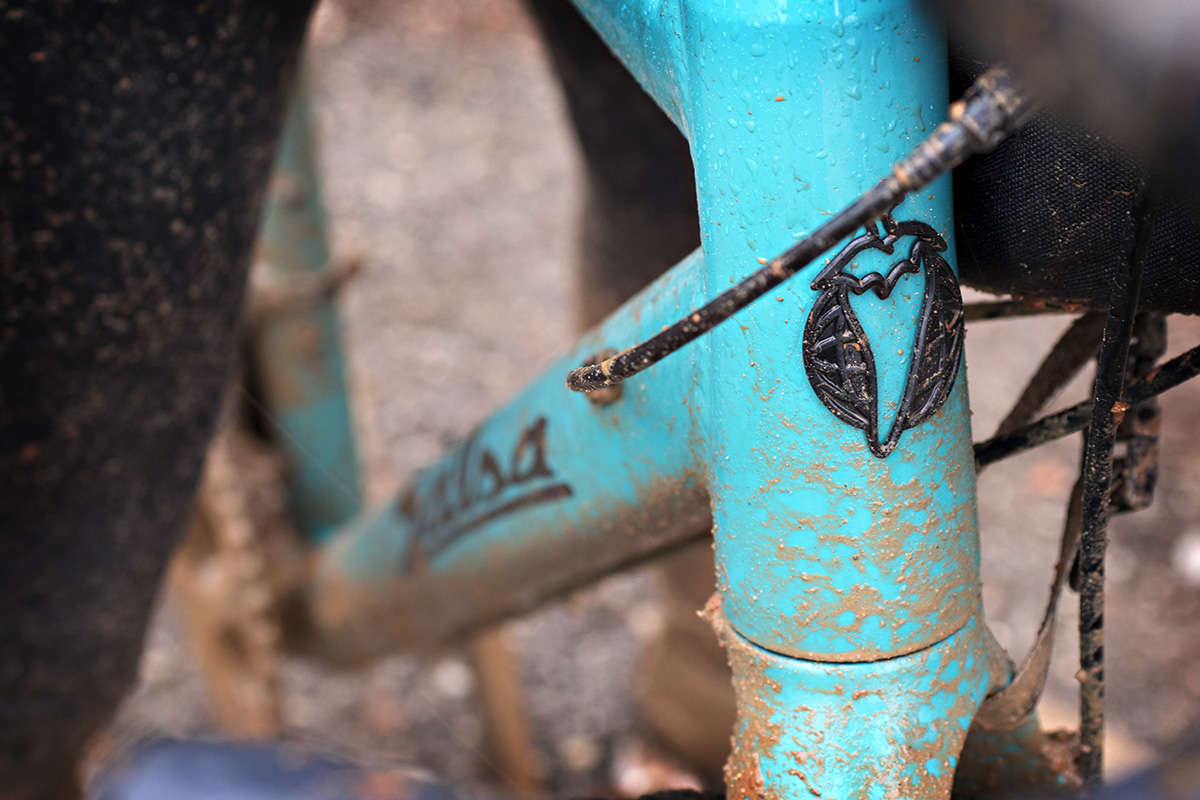 Born out of experience. The crew at Salsa believes a sense of adventure makes life better. The bicycle can be so much more than just a bike; it’s a path to new places, new people, and amazing experiences.

Salsa has a well-earned reputation for making fun bikes that are ready for anything you throw at them. Specializing in touring, mountain, and gravel bicycles and components, Salsa is Adventure by Bike, come take one for a test spin.

*Available in Cherokee and Sylva only. 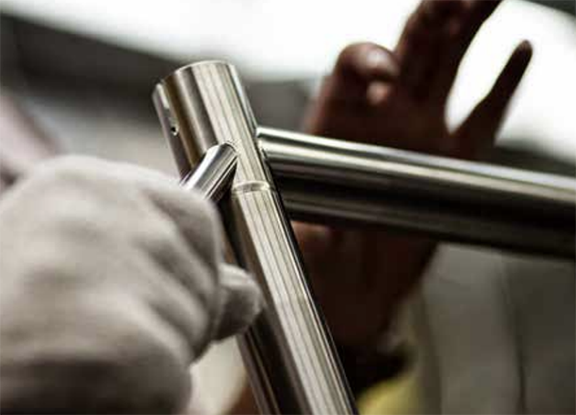 Moots Cycles has been handcrafting bicycle frames since 1981. Known for building the finest quality titanium road, mountain, cross, and specialty bicycle frames, Moots bikes are enjoyed by cycling enthusiasts for their unsurpassed ride quality, attention to details and superior craftsmanship.

Moots has developed and nurtured an intensely loyal following of riders that fell in love with not just titanium, but Moots titanium. Their skilled craftspeople know that it requires a clear focus on the proper design to create a specific ride experience, knowledge of the unique characteristics of titanium, and a relentless focus on craftsmanship. Custom or stock, asphalt or dirt, or both, we have a Moots you'll love. Stop by the store and see what Moots can do you. 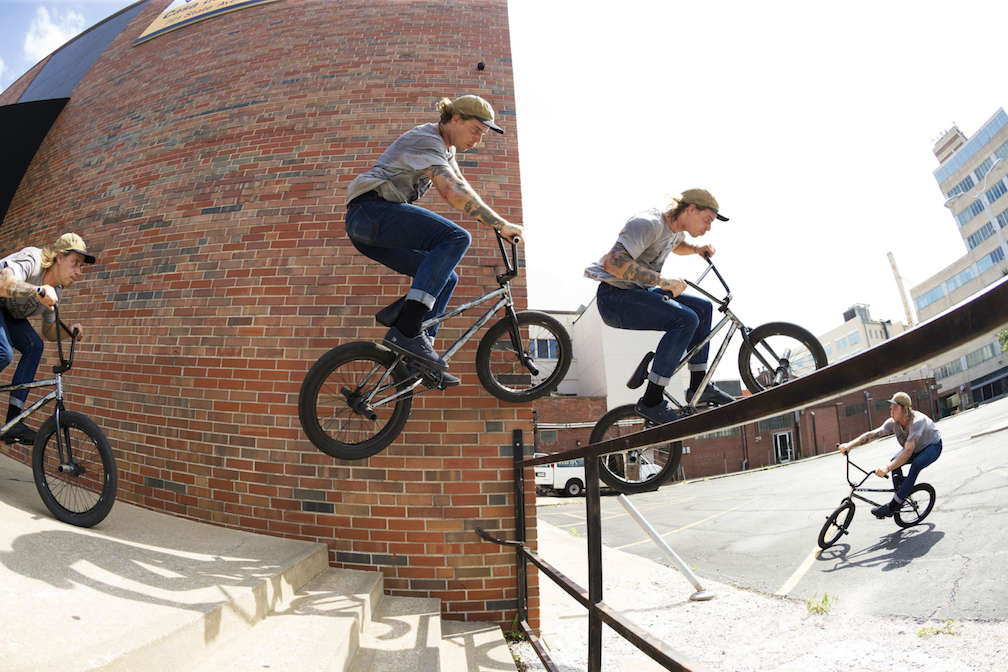 Back in 1994, Zack Phillips, started selling homemade bike parts out of his backpack at the age of 16 years old. His passion for riding and the frustration of breaking bike parts, inspired him to start Kink BMX. After traveling the country for three years and selling parts, Kink BMX picked up it’s first distributor, launching the brand into hundreds of bike shops.

Kink BMX is based out of Rochester, NY and is one of the most respected BMX brands on the market. Kink BMX now offers everything from high-end bike parts to bikes for every level rider. With an influential BMX team, and quality products for a great value, you’ll ride with satisfaction. 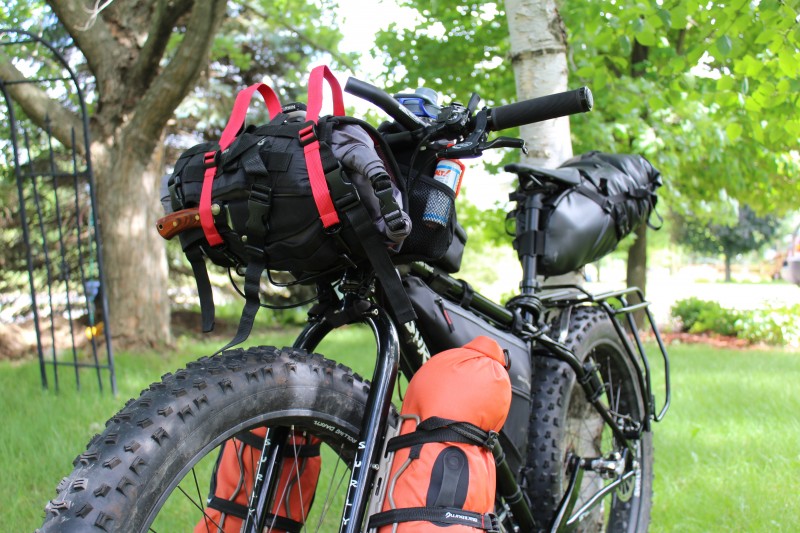 STEEL IS REAL and Surly is at the heart of the movement, preaching that steel is strong and durable, giving a comfortable, responsive ride—all at the right price. Every Surly frame and fork is 100% CroMoly steel, never titanium, carbon fiber, or aluminum. You also won’t find a rainbow of colors available from Surly. Many are some shade of brown, green or black. What you will find is a company devoted to building tough bikes that are fun to ride and practical, providing a real alternative to those wanting to leave the car in the driveway.

Quality components on perfectly created steel frame geometry mean a great ride for commuting, touring or wherever you want to go.  Our showroom has lots of Surly bikes for you to see try and buy. 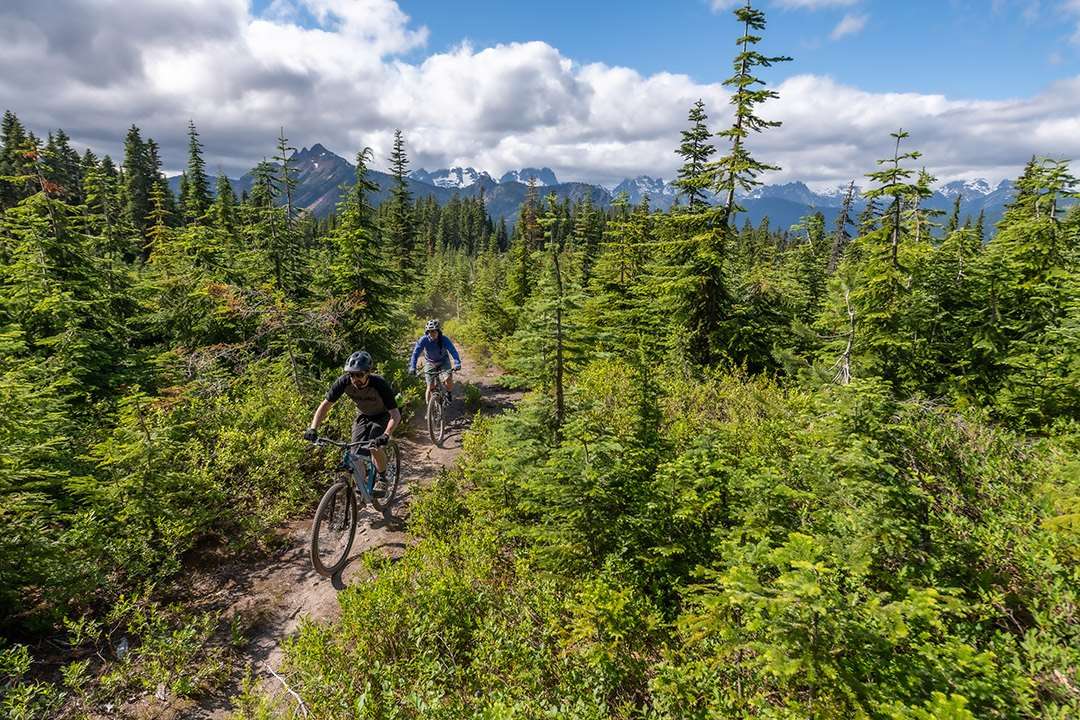 Diamondback bikes are made for explorers, dreamers and doers.

“Epic ride” isn’t a destination. It’s a state of mind. Forget glossy magazines and far-off places. You want “epic”? Take the other path. Turn onto the gravel road. Explore trails that aren’t on the app but clearly exist right here, right now, in real life. Pack extra water and a sandwich in case things go right and you’re having too much fun to head home. Make epic happen. Own your adventure. 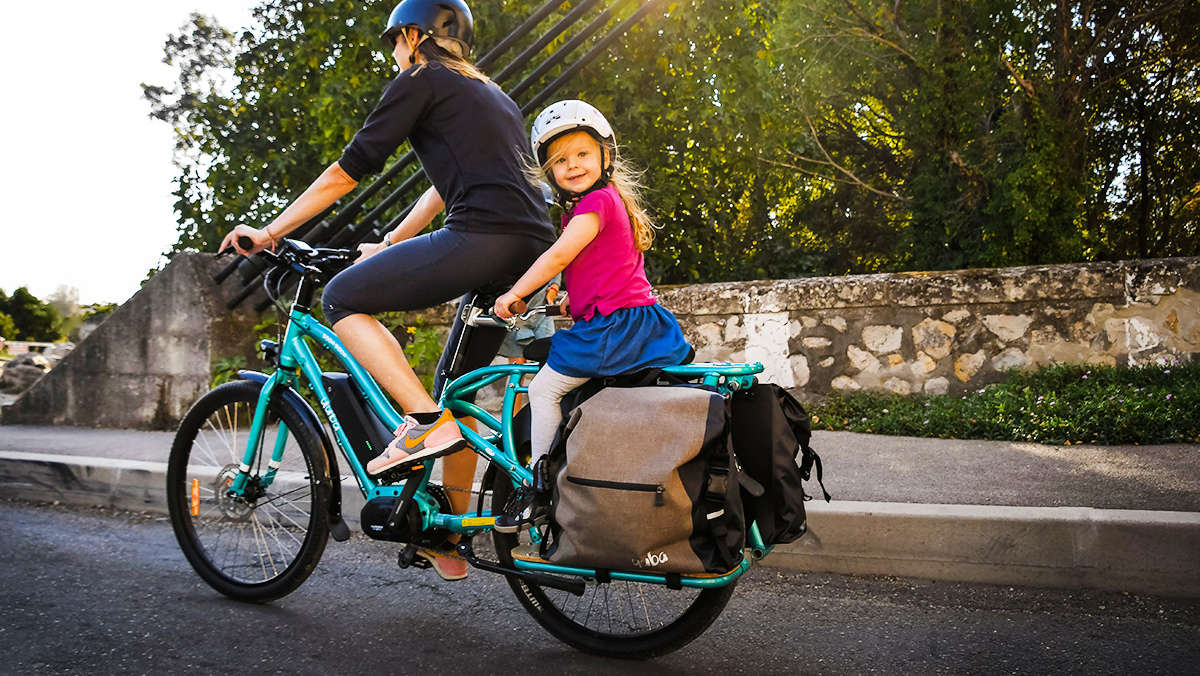 TURN DRIVING INTO A HASSLE. Yuba believes that bicycles can transform lives and society positively and we agree! They create bikes that allow people to carry their most precious cargo and therefore reduce car trips. Through innovative design, Yuba provides a clean mobility solution for parents, children, commuters, businesses and entrepreneurs with the largest and most practical selection of pedal-powered and electric-assist cargo bikes. Yuba bikes are designed with the greatest attention and offer unique features such as increased safety, stability or maximum load carrying capacity. And one of the best parts about Yuba bikes, is how easy it is to customize it to your needs. Come test drive a pedal-powered or electric version today and reduce your car usage while having fun and getting fit. 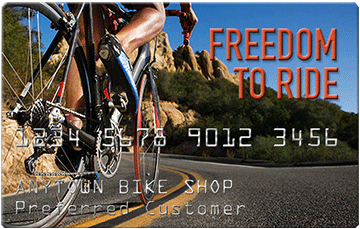 The Freedom to Ride branded Synchrony Financial revolving credit card. It offers a line of financing so you can buy the bike of your dreams with minimum monthly payments. Take advantage of current promotions and select the special financing that meets your needs. Please come into the store to apply!

The Synchrony Sport card is a Specialized branded Synchrony Financial revolving credit card. It offers a line of financing so you can buy the bike of your dreams with minimum monthly payments. Take advantage of current promotions and select the special financing that meets your needs. Please come in to apply!